This is going to be my last post on here;

I've been posting less and less ever since the Cherry Cake Herm incident because I really doubted Kyle's skills and goals as a breeder. The biggest red flag being that on his IG page is straight up says "no Herms allowed" it also says "stress tested genetics" all of which is just not at all true considering how every single person running that strain had hermaphrodites. I figured these things happened and decided to move on, from there Kyle attempted to make this right by sending out some more seeds, a strain he called Granite State Kush. Upon asking about the lineage he just said Hindu Kush, which to me means he just bread a fuckin Hindu Kush and throwing the words Granite State in front is just dumb.

Furthermore as I interacted with Kyle he only gave me one or two words answers, which I found to be quite odd because all of his descriptions were well written, honestly I dont think he even wrote any of that. You see, once looking into his "New England" Rock Candy strain I found he basically just jacked the genetics of another breeder and called it his own.

My thoughts on breeding are that you're supposed to move the plant forward and all this guy did is rip off other people, it would be like me covering a Led Zeppelin song and calling it Stairway to New England, I'm pretty sure Robert Plant would be pissed off about that

Realistically though the guy(Dr. Coco) that owns and operates this fucking website doesnt even post on this bullshit, so really I'm not getting much out of this whole thing. I'll be taking all the clones I have of Kyle's genetics, flipping them and not keeping them around at all anymore. I'm sure Alien Rock Candy is a great strain but I grow cannabis to relieve stress and having a bunch of genetics in my garden that are total bullshit just ruins that whole purpose.

Best of luck to all you guys, personally this whole thing has inspired me to create my own genetics, difference being is that will be for personal use and not to make a profit, as in my opinion that's all Kyle is trying to do here, get peoples money.

Really sorry you feel this way. I don't think @dr-coco was very happy with the genetics either, but he's very busy. However his lack of posts shouldn't influence your feelings.

I didn't realize the genetics were a copy of something that already exists. Some breeders will make their own version of a certain strain but they can't rightly call it the original strain.

Not everyone with the Cherry cake had herms. @newbudtender has some females. I believe Kyle pulled the strain off his site as he wants only truly fems. There are probably other factors he should consider when stress testing but I feel his intentions are good. Accounting for every grower mistake and mishap isn't easy, not to mention pest pressures. Not saying it's your fault but nature has a way of finding the road to self preservation.

Again I'm sorry things didn't work out for you, you're not alone though. Not everyone is happy with these seeds/genetics, but please don't let it discourage you from participating here. Our last challenge went much better and there were more impressive plants without problems or dispair. This was a trial collaboration with Kyle and we gave him the benefit of the doubt.

You can certainly share your breeding project with us. I think it would be interesting to record and read something like that. Hell, maybe you can supply the seeds for the next challenge. Sorry I'm just being facetious now, really I'm just trying to make light of the situation. I really appreciate your effort and truly feel bad you're upset with the site. Thank you for growing with us. I hope your future gardens are grand and Herm free. I hope you will decide to stay a member of CFC but I wish you the best in your future decisions and grows. Take it easy and stay safe out there ✌️🌱💚

I’m a lurker here, and it’s been rough watching good growers produce herms. Ultimately, regardless of the breeder’s intentions, I don’t want to see this year’s NYGC tarnish the reputation of CFC.

Dr. Coco has worked hard to create a website that teaches the fundamentals of growing in COCO. Any novice that applies himself/herself, and adopts Dr.Coco’s teachings, will be successful.

Dr.Coco’s post are some of the best on the website, and I look forward to seeing them, but I understand he is a busy man. I believe part of the reason he created this community was so that his teachings could be passed on to others without his presence.

I’m a lurker here, and it’s been rough watching good growers produce herms. Ultimately, regardless of the breeder’s intentions, I don’t want to see this year’s NYGC tarnish the reputation of CFC.

Dr. Coco has worked hard to create a website that teaches the fundamentals of growing in COCO. Any novice that applies himself/herself, and adopts Dr.Coco’s teachings, will be successful.

Dr.Coco’s post are some of the best on the website, and I look forward to seeing them, but I understand he is a busy man. I believe part of the reason he created this community was so that his teachings could be passed on to others without his presence.

I agree and appreciate the feedback. There certainly are some good growers here to follow which probably take precedence over Drmj posting. We would all love to see more of his plants and hear his thoughts but it's very demanding to be everywhere at once.

It's not easy to run and maintain a website let alone reading and writing through every reply, comment, and question. I'm here for you guys too. I have a hard time keeping up sometimes myself.

I am also sorry that I have done such a poor job with my own journal. It has been a particularly busy term for me. I got wrapped up in the new lighting project and have been behind with everything since the start of the year. It always feels like there are more pressing things to attend to when I have time to work on the website. I need to strike a better balance. In that regard, I think your criticism is valid - although it did feel a little harsh.

You're right, his descriptions are complete copy paste. He took an s1 of ARK,changed the name and sold it as his own creation. And worst part is they are worse than the original so in my eyes that is not "breeding". He used this forum to make money with no intentions on reading the threads

Plant breeding—as we normally think of it, with directed crosses, population evaluation, back crossing, etc.—isn’t easy in cannabis. One of the steps taken in plant breeding is self-pollination (selfing) to fix desired traits.

Cannabis cultivars/strains are sometimes named after the female parent, sometimes without considering the male parent. This has led to cultivars with the same name yet different genetics. The effort required to develop a cultivar that comes reasonably true to type from seed is beyond the scope of most cannabis breeders, although some breeders have made the effort.

In contrast, not all cannabis with the same cultivar name is necessarily genetically identical. However, with legalization increasing across the world, cannabis breeders are getting more opportunities to practice their craft.

I don't believe @predicativebreeding just wanted to take people's money. Breeders do the same thing and try to pass it off as the original strain, not renaming it, so the fact he didn't try passing breeders cake off as wedding cake is fine by me.

I encourage you to do your own side by side with seeds that are the same strain but different breeders. Not every plant will be the same, the taste, the smell, and other factors will more than likely be different. This comes from the breeders selection process and it's fairly common.

Og kush is a prime example. From pre 98 to now, things have changed in this strain over time. I understand the frustration with getting herms and losing time in the grow. However I don't feel like I was ripped off and to say that I was would be illogical since most of us only paid for shipping. I've spent 100s of dollars on packs that have hermd or didn't meet my standards and I've felt betrayed.

I feel bad for those that got herms and for Kyle thinking his seeds were bullet proof. But I do think his intentions are good and appreciate the work he's done with some of his strains. Some may need more work than others but this challenge gave us the opportunity to test his genetics without paying an arm and a leg. I'm sure he'll take some back to the drawing board or remove them entirely. 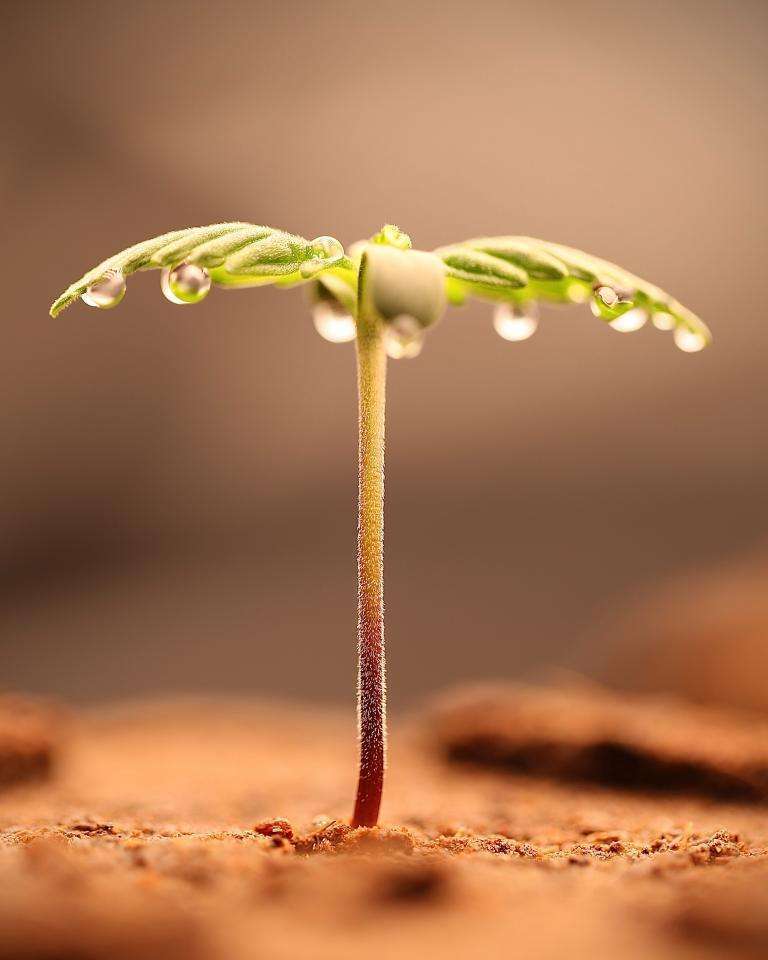 See the winner & submit your photos! Sent in by Little-Leopard