I started some seeds earlier this month, and it was the first time using Doc's instructions for the seedling stage. These were some freebie seeds from a previous order, so I wasn't even planning to continue growing them as they would interfere with my NYGC setup schedule. I just wanted to get a seed-starting cycle in to make sure I had the steps down before I did it live for the NYGC on expensive seeds.

It didn't go as planned, which is why I'm making this post to get input. I'm positive I did some  things wrong, and I've read and re-read the seedling article, so I'm sure I'll be fine next time. The reason to make this post is that the seedlings did some weird things I didn't understand, so with some descriptions and pictures, I thought I might get some input that I could learn from.

Germination took place on 11/15. I put them in a shot glass with some RO water and let them sit till they sank. They all started to split a bit to varying degrees while in the glass, and I moved them to a paper towel after maybe 10 hours or so to continue sprouting. Once all had tails around 1/8" to 1/4" I put them into the peat pellets which had been soaked in warm RO water.

To me, that looked so far so good. So I got some Canna coco ready by rinsing it to under 100EC, then soaking it with nutrient solution till it was at the seedling EC of 400. Here is where I did one thing at this stage that may have contributed to this weirdness - when I added perlite to the coco, I added more than I probably should have, perhaps over 50/50. Now looking at the transplant article again, I can see the seedling stage recommends 0-20%. So over the next couple of days, I steadily increased the EC of the solution, following the guide, until they were at the 1000EC with a PH of 6.2. So I continued fertigating twice per day with the 1000EC solution. This is where it started to get weird. Two days later, on 11/21, they looked like this, basically no growth in 2 days. They didn't look any better or worse, just no growth.

Fast forward to today, 11/26. Seedlings are now 8 days out of the pellets, so you'd expect some decent growth, but here is what they looked like earlier today:

Basically no growth at all, but also not dead (though maybe on the way!). I would have figured by now that if I was feeding them solution that was off in some way they'd be basically dead. I checked the solution at several points during this week, and it was at the 1kEC and 6.2 PH.

So I decided there was no point in continuing to mess with them since I had clearly done something wrong, so I decided to take them out of the coco, and put them in the Fox Farms seedling starter soil I had used on my current plants before putting them in coco. When I pulled them out of the coco, the seedling roots were still in the peat of the pellet, some had grown and circled a bit, but as if they were refusing to grow into the coco, but found enough nutrients in what was soaking into the peat that they decided to stay in there. So the roots had grown a bit, but not a lot, but stayed within the peat. I think what that tells me is there was something wrong with the way I prepared the coco that made the roots refuse to travel into it. Here is a picture I took after I removed them peat pellets from the coco:

You can see the tiny little roots at the base of each pellet. On one that i noticed, the root had circled a bit up by the main shoot before traveling into the pellet a bit.

So I prepared the cups with the Light Warrior soil and added some Great White microbes before planting the pellets in there. I have no idea what to expect, but figured it would be interesting to see if they recover.

So I'm interested in what more experienced growers think of this and where my mistake was. The other question I had is this - in my current grow my plants seem very happy and healthy. They were started in Light Warrior soil at the time because it was before I found the CFC site and Doc's articles. So when I transplanted them, I simply took them from their solo cups filled with Light Warrior directly into their intermediate 2 gal air pot with coco in it. From there on I have used all the methods described here on the site. So obviously there was no harm in starting the babies that way, and it didn't seem to have interfered with their ability to thrive in coco afterwards.  So my overarching question and the point of making this post is to ask, since the seedling stage in coco in sensitive due to the CalMag dance, what would be the harm in starting seeds using this method of going from germination, to Light Warrior, to first coco container, and avoiding having to address those early issues at all?

Sorry for the ling winded post, but I wanted to provide as much detail as I could so I could learn from the problem, but then also get the answer to the early Light Warrior question. I'll update on how they go in the Light Warrior from here. Thanks for any responses or input!

Yeah I see now that I raised the EC too quickly. I guess the root wanted to stay in the peat from the pellet because it absorbed less of the solution than the coco? I guess that makes sense. What are your thoughts on starting in the Light Warrior soil, then transferring to coco on transplant as I did with my current grow?

yes do tht and a slight flush poss? then to seedling sched

Yeah should have waited a couple days until true leaves start really coming out to raise the ec. Also I like to wait to put the pellet into coco until I can see roots shooting out.

Agree with the comments here.  Seedlings don’t need much.  Canna has cannastart which is a nice one part for seedlings.  As far as starting in soil and ending in coco...I wouldn’t.  If you want to end in coco, start in coco.  You don’t want to transition media.  They grow very slow in the beginning.  Good environment is key: keep the temp and humidity up and very light feeding until they have a few true leaves.  CannaStart is a simple way to do it if you’re running Canna and If you can find it.  It’s reasonably priced and I still use it some today, even though I no longer use the canna line

Yeah should have waited a couple days until true leaves start really coming out to raise the ec. Also I like to wait to put the pellet into coco until I can see roots shooting out.

Hey i recently followed the guide as well for my first attempt.  Where I see deviation from the guide is that you transplanted too early out of the pellets, should have leaves and see the taproot coming out the bottom.  Doc recommends starting at 400 EC and raising it by 75/feed so to get to 100 EC should take ~4 days @ twice a day.  I don't know how you got to 1000EC so fast.  That perlite looks huge as well.

At the bottom of the guide he has 2 sample seedling growth logs that really helped me make sense of things.

This is my seedling when i transplanted. (i know its stretched a bit much) 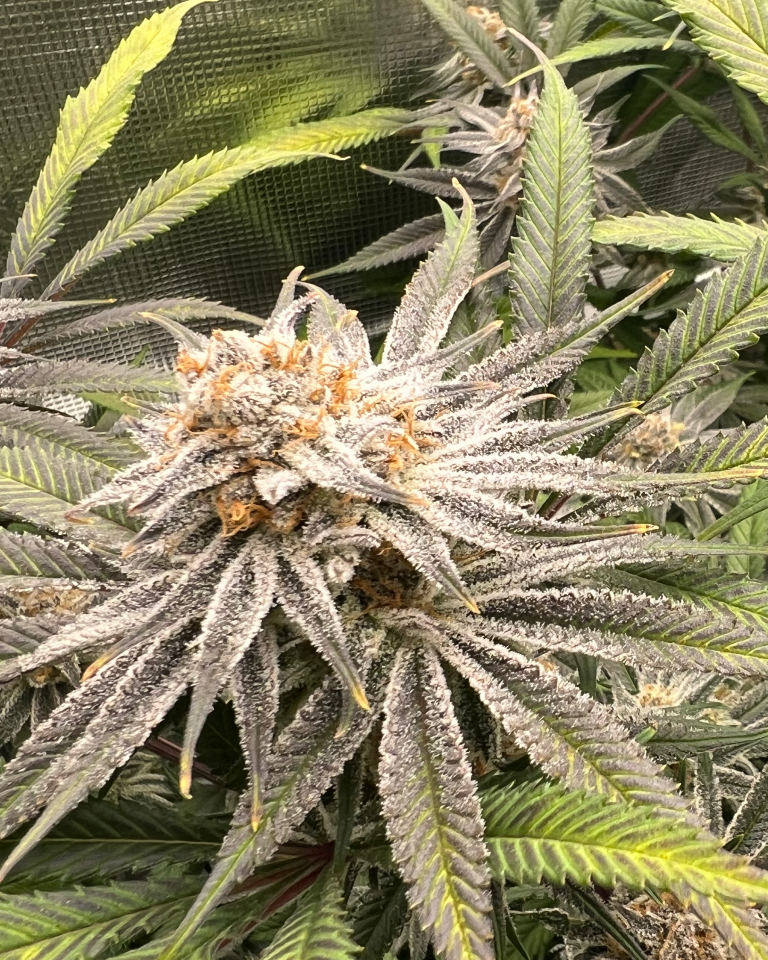 See the winner & submit your photos! Sent in by Stackingflowers